Lena Chow’s garden and garage have been favourite nesting areas for Yellow-vented Bulbuls (Pycnonotus goiavier) since 2004. After each successful nesting, the birds returned the following year without fail. They seem to favour potted plants, especially bomboos and money plants (Epipremnum pinnatum Aureum).

And unlike most birds that normally do not reuse old nests but build a new nest each season, Lena’s bulbuls appear to be environmentally friendly – they practise recycling. She reported that at most times they returned and reused the old nest after some repairs.

Lena added: “In 2004, there were three nesting in the same nest. In 2005, material was transferred from the 2004 nest and a new nest was built in another plant. The 2005 nest was in a money plant creeper which died later in the year, so the nest was thrown away with the plant, and the 2006 nest was started afresh.” The June nesting saw only one chick hatching. The other remained unhatched, maybe as Lena quipped, “Perhaps its a case of dud plant, dud egg, haha. I am leaving the unhatched egg in the nest to see what the birds will do with it next year. “

On 9th November 2006 she reported the return of her bulbuls: “…bulbuls have been back to recce my garage a few times this past week, which is typical before their nesting in previous years (though I don’t recall them coming back quite so early previously). So I expect them to come back to nest again next year, typically around February. As they seem very comfortable with my family members, even responding to our calls to them, I suspect they are either the previous pair, or fledglings from the several broods in the past years.”

Lena removed the dud egg from the nest in her artificial plant as she thought the presence of the egg might give the impression that the nest was taken. The bulbuls returned and made use of the same old nest in March 2007. Judging from the behaviour of the birds Lena suspected that the female laid an egg

“Thought I might add that, for this failed nesting, we think that two eggs were laid (as has been for all the previous broods), and that one egg did hatch (the birds’ behaviour changed from one bird brooding to both birds taking turns to come to the nest sometimes bringing food and perching on the side of the nest). The mystery then is what happened to the chick that was being fed, as there was no sign of it when I checked the nest a few days after it was abandoned. I only found one dud egg. The chick would then have been 5-6 days old. I can only guess that the nest was raided and the chick was eaten, by either a crow or a koel (several pairs around my area).” 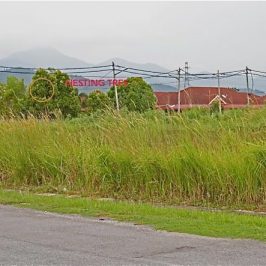