Pigeons and doves, belonging to the family Columbidae, are either grainvorous or frugivorous, eating seeds or fruits respectively. This does not mean that these birds eat exclusively seeds and fruits. Many also eat invertebrates, especially insects, worms and snails.

However, unlike other plant-eating birds that initially feed their chicks on soft invertebrates like insects and spiders, pigeons and doves feed theirs on a sole diet of crop milk, also called pigeon’s milk, especially during the first few days after hatching.

This crop milk is a highly nutritious surry of fluid-filled cells that slough from the lining of the crop. It is rich in fats and vitamins A and B. It is said to be richer in protein and fat than cow’s milk or even human’s milk for that matter. It consists of 12% protein. 6% fat and 1-2% minerals and amino acids, the remainder being water but no carbohydrates.

The young squab stimulates the production of crop milk by putting its bill into the buccal cavity of its parent, which in turn touches the sensitive sides of the nestling’s gape to make it open up (left: top, middle). The adult bird then regurgitates this crop milk directly into the throat of the young.

You may ask why is it that these birds do not feed their young with the same food that the adults eat? The main diet of the adult is plant materials and these are not digestible to the young during the initial stages of their development. As the young develop, their diet includes an increasing proportion of plant materials until finally they are fed the same diet as the adult.

As the chick gets ready to be fledged, they are fed more fruits and less crop milk. In the lowest image, the chick has a fruit, probably a local cherry (Muntingia calabura) in its bill.

The above images are by Chan Yoke Meng who documented the nesting ecology of the Pink-necked Green Pigeon together with Gloria Seow, a full account of which can be seen in Gloria’s blog. 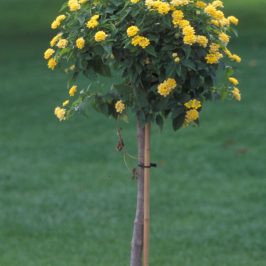