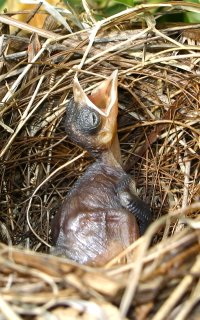 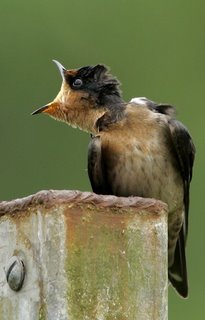 Nestlings are continuously fed by the parent birds as they are unable to fend for themselves.

They can be seen bills agape, excitedly making soft calls whenever their parents arrive. These nestlings start to beg for food whenever their parents are around, either hearing the latter’s calls or actually seeing the parent birds around the nest. Vibrations as a result of the parent birds landing nearby will also trigger begging. In cavity nesting birds, the darkening of the nest as the parent bird enters the cavity triggers begging. Among some swifts air currents as a result of the adults’ arrival will do the trick.

Among recently fledged birds, the parents continue to feed them for some time before the former are independent enough to forage for themselves.

During this period, the juveniles will persistently and noisily beg for food. At the same time they will crouch open-billed and flutter their wings while begging. This behaviour is said provide visual and acoustic cues to the parent birds that stimulate feeding.

Such begging posture and begging call are more or less the same in most species of birds. This has led to the adult birds sometimes feeding the wrong species, be it birds or other animals. In fact there is a picture of a Northern Cardinal feeding goldfish for a few days at the edge of a garden pond (p. 8.107, Winkler, 2004). The bird was seen stuffing mouthfuls of worms into the gaping mouths of the goldfish, obviously mistaking the gaping mouths for those of its nestlings. 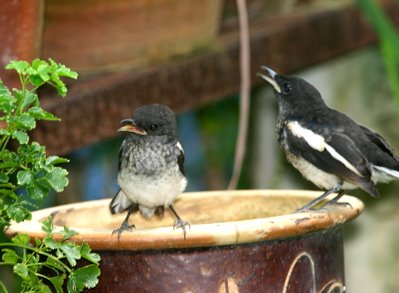 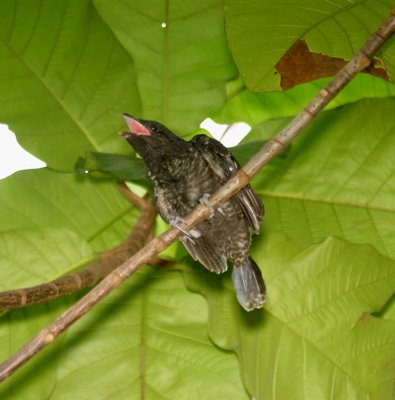 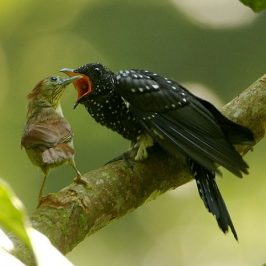