As mentioned in the previous post, the Black Bittern (Ixobrychus flavicollis) is a rather uncommon winter visitor to Singapore. It foraged around an artificial lake in Jurong in November 2006, appearing extremely tame and allowing groups of birders and photographers to view and to record. 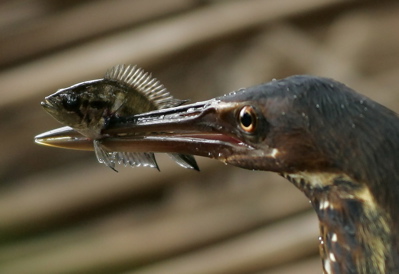 The bird exhibited its skill in fishing with a sudden extension of its retracted long neck. The next moment it had a sea-bass fingerling (Lates calcarifer) firmly impaled in its upper mandible (above). In the image below the bird had caught a tilapia fry (Oreochromis mossambicus). 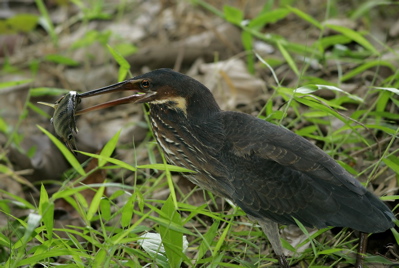 Once the bird successfully caught a fish, it quickly retreated under cover of the vegetation to enjoy its meal. In the case of a biggish fish, it adjusted it so that the head was swallowed first. This is to ensure that the spines of the fins would not damage the throat. Within a minute or two the fish was completely swallowed (below). 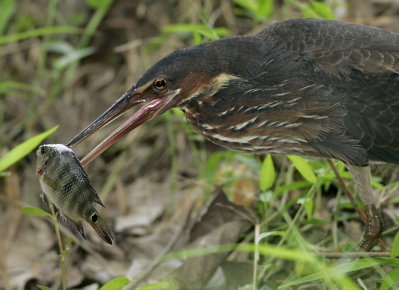 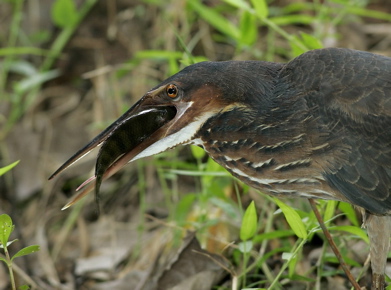 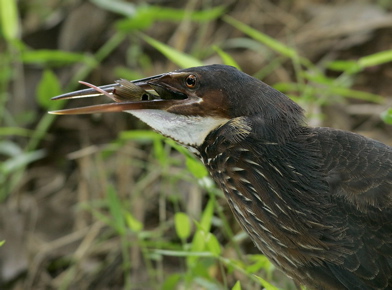 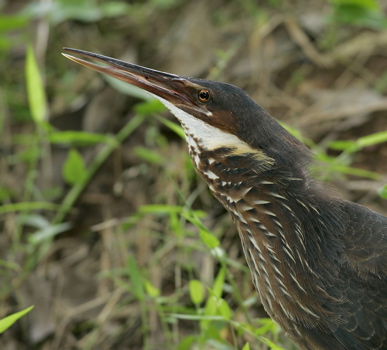 As with herons, the fish enters the gizzard where the flesh is stripped and passed on through the stomach while the bones and scales are compressed and finally ejected as a pellet.