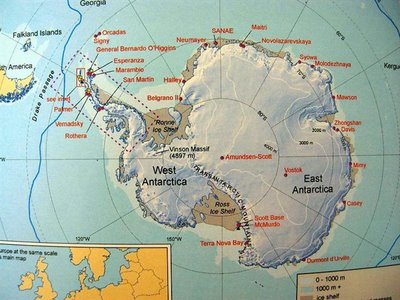 The journey of a thousand kilometres began late afternoon when it was time to walk up the ramp towards the welcoming expedition crew of the Yugoslavian made icebreaker, chartered to lead 104 passengers on a 10-day expedition to visit Antarctic Peninsula.

Passengers were invited to the stern deck to participate in a ceremonial last look at Ushuaia and the snowy Feugen mountains beyond. Many hands were waving. I wasn’t quite sure who was waving to whom but to the shorebirds of ‘The Land of Fire’ I did.

In my heart, I took on a mission to carry an unspoken message from the Andean Condor (Vultur gryphus) ‘King of the Andes’ to the ‘Queen of the Southern Ocean’- the Wandering Albatross (Diomedea exulans) that I can just about summarised in verse.

A gift of feathered-donut garter pure and white,
Seek her, ride her, tell her as she wanders wide.
Whisper, “I’ll always cherish you in my dreams,”
But my home is the Andean mountains of Fire,
My lover, the Southern Ocean of mans’ desire.

Garter her with all my love much can be,
To love her is to leave her and be set free.
She lives on krill and I a scavenger freak,
I say, I am ebony and she in gilded ivory,
Of a piano keyboard brushed in eternity. 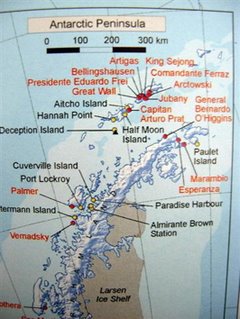 And soon the time finally came to find myself on a huge floating, metal barge cruising the calm waters of the Beagle Channel. Ushuaia slowly disappeared into the horizon, chased by Patagonian winds eastwards towards the treacherous, famous Drake Passage.

This dreaded stretch of watery corridor was sailed by various explorers during the Golden Age of Exploration (15th Century) and after; and more recently by scientific explorers of the early 20th Century- Robert Scott and Ernest Shackleton.

It was not until satellites were beamed from the sky that the outline of the continent what used to be known to the early Greeks as, ‘Terra Australis Incognita’ was revealed. It showed places and seas later named after famed explorers and scientists who contributed immensely to the upside world. Scientific explorers too, mapped out oceanic avians known to congregate in and beyond the Antarctic Convergence.

The Antarctic Convergence is a natural boundary like a ring of water around the continent of Antarctica. It is the meeting area of the warm Sub Antarctic Surface Water and the cold Antarctic Water where the latter dense water sinks beneath the warmer waters resulting in a drop in sea surface temperature. This zone of convergence of more than 20,000 kilometres of watery area around the continent is of distinctive importance as a biological phenomenon, influencing the distribution of fish, plankton and various species of birds.

I wasted no time in orientating myself to the ship for the best vantage point to view the oceanic birds from deck. Many hours were also spent at the ship’s library to research the varied interests of this journey, gulping cups of tea, coffee from a 24-hour, beverage-snack bar and treated to unending rounds of mouth watering pastries.

A professional ornithologist with the expedition crew was also at hand to enlighten us with picture slides and talks on some of the 45 species of birds found in the Antarctic Peninsula and surrounds. Daily sightings of birds were ticked off on a bulletin board to update birders. 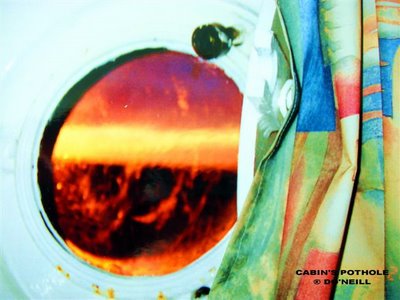 Leading to my own cabin, I noticed seasick bags hung along the winding, staircase railings ready for the ship to ‘Rock N Roll’ at the Drake Passage. My cabin was at sea level and through the porthole, I could see the waterline and the blue sky and had opportunities to view birds that would follow-fly with the cruise ship (above).

I wasted no time to taking my first prescription tablet when I noticed the first splash of sea water smacking the porthole.

Frequent important announcements were issued by the expedition leader, in keeping passengers alerted to climatic changes and to standby for any eventualities. There were two life jackets in my room and they soon became my best and closest companions for every ‘zodiac’ (landing craft) landings. 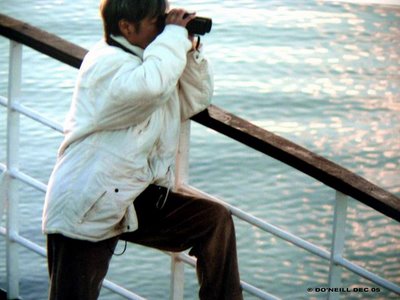 Despite the bitterly and freezing temperatures outdoor, I would make the effort to dress up on every opportunity that came whenever announcements were made of birds’ sightings. With 8×42 binoculars, field guide and a camera, I made a quick exit for the deck (above). I could however, tolerated only 5 minutes of viewing at a time before my bare fingers went numbed. With thick gloves on, it was extremely difficult to even feel the grip of my ‘point, zoom and shoot’ camera. What more to feel for the ‘click’ button! 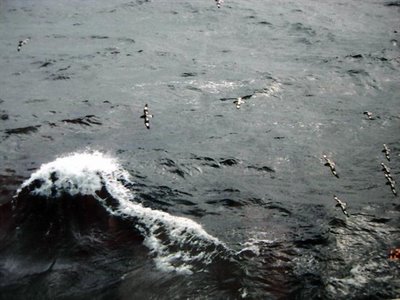 The first flock of Cape Petrels (Daption capense -35cm) with striking black and white dorsal patterns were seen and soon there were more chasing the ship (above). Although the flocks were small in number, less than ten, they provided the thrill of seeing them ‘zoomed’ past like sorties of miniature fighter planes, along the starboard and port and suddenly disappeared as fast as they first appeared… from nowhere.

Social evenings went well and friendships made over sumptuous Austrian 5-star catering in the dining hall. When the sea became rough and the ship was tossed like a bobbling matchbox in a roaring ocean, only one-third of the passengers were seen trickling into the dinner room and brave enough to tuck in their dinners while struggling to keep their cutleries on the table. The rest remained in their cabins. I was staring at my sick bags and eventually surrendered my steak dinner in one of them. Eating came to a full stop.

Tall waves churned clockwise by sea currents were crashing on to the ship as it charged forward, splashing the decks, sending retreating waters only to be met with the next onslaught. Contents kept inside my bolted bedside table were rolling inside the drawer. I could hear the crashing of loose drawers and unlocked wardrobe doors swung opened and slammed shut in neighbouring cabins, in competition with mine.

I could do nothing right but lay in bed and stared at the porthole of continuous churning of water outside, followed the rhythm of the waves and drifted in and out of sleep. I felt as though I was inside a, ‘switched on’ washing machine and confined for two and a half days and night!

Eventually when the promazine tablets did kicked in, I was able to tolerate small amounts of dry bread and banana, which a kind soul of a new, found friend brought to my cabin. However, when I had to stagger around and had to cling on to side railings for support, I felt like I just wanted to be back to bed and die quietly. Had the Wandering Albatross (Dio. exulans) appeared to receive her garter, I wasn’t at home! 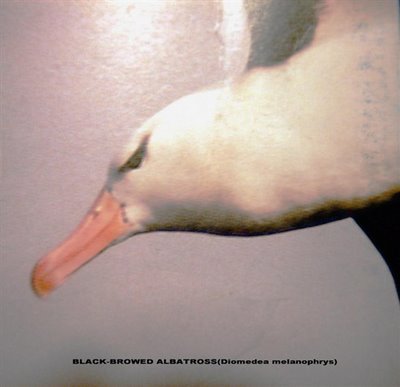 Finally when I found my ‘sea legs’, I was up and about and out onto the deck in no time to catch up with the birds. I was not disappointed as sightings of the Gray- headed Albatross (Dio. chrysostoma – WS:2M), Black-browed Albatross (Dio. melanophrys – WS: 2.2M) (above), Light-mantled Albatross (Phoebetria palpebrata – WS: 2.10M) – Near Threatened were made.

Finally, I made visual contact with the ‘Queen of the Southern Ocean’- the Wandering Albatross (Dio. exulans – WS 3.2M) arriving almost in white with black winged tips and reminges. She was like wearing a white silky gown laced with black trimmings at the edge. She wore a long rosy bill with a horn coloured tip. Her eyelids -the colour of pink rose petals.

Land was first sighted on the third day of my journey at Penguin Island but landing was impossible due to strong winds. 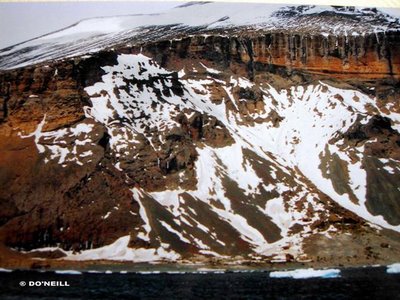 The official first landing on Antarctica came on the fourth day at Brown Bluff (above). I was left staring at a rust-coloured, giant, ice-capped rock from deck and white, pigeon sized Snow Petrels (Pagodroma nivea – 34cm) were gregariously flying around with quick erratic flight displays.

“Was that all to see in Antarctica?”

The sea that began yielding fragments of ice in the Antarctic Ocean; the ice that was swelling in size, shape and frequency soon were dominating everywhere as though the horizon has disappeared, leaving only hanging clouds in the sky and occasional ozone free rays of sun shining through – to warm my body amidst the bite of the wind (above).

“So, what’s behind the Bluff?”

Come, ride with me and see through the eyes of the Wandering Albatross and be taken on a royal tour of some breathtaking icebergs, see how many penguins and species of penguins you can help me count in my third part series. 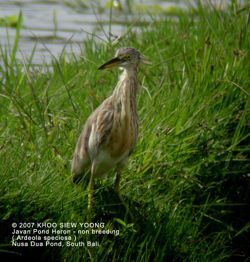 This is the last of three posts on Bird Watching in Bali by Connie SY... 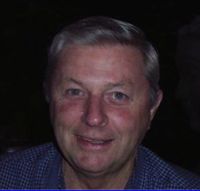