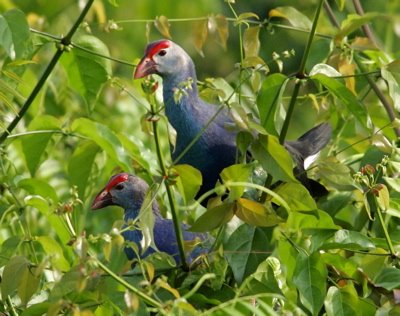 Purple Swamphen (Porphyrio porphyrio) is a distinctive bird with its large size, blue plumage and prominently large red bill. It is commonly seen in wetlands, foraging a wide range of plant parts that proliferate in this watery environment. Though principally a vegetarian, it also eats invertebrates that include crustaceans and insects as well a vertebrates like lizards, frogs, snakes and birds. 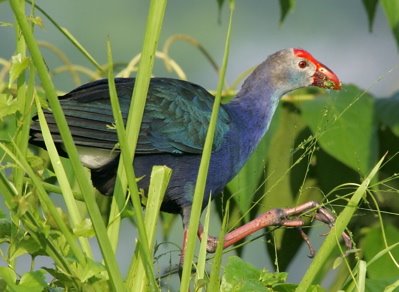 Its large bill comes in useful in digging and pulling plants and in manipulating prey, dismembering or crushing it before swallowing. Its large and prominently long toes are well adapted to its watery habitat. They are put to good use in gripping vegetation and transferring it to its mouth. 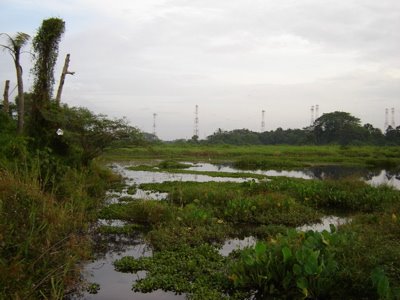 Found mostly in the northern and north-western part of Singapore (above), the habitat of this large and beautiful bird is slowly but surely shrinking. Marshlands are being drained and many areas have been earmarked for development, as shown below. 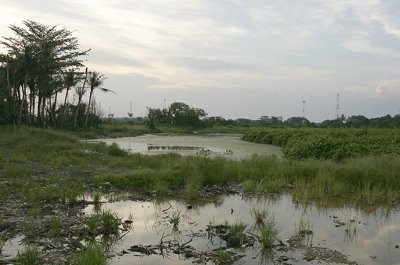 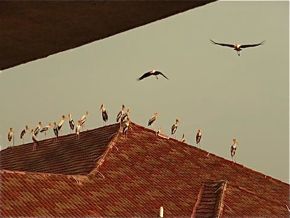