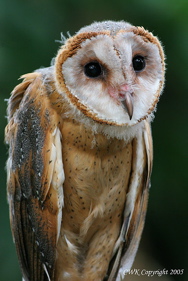 The Barn Owl (Tyto alba) is one of the easiest owl to recognise as it has a heart-shaped facial disk (above). It is a natural cavity-nester but has become dependent on man-made structures like nooks and crannies of old buildings and below structures like overhead bridges and flyovers. Seldom does it nest in tree-holes. No nest is built and the eggs are laid on the bare surface littered with feathers, pellets and bone fragments (below). 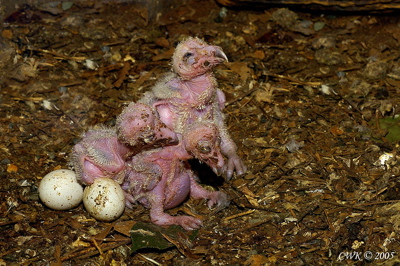 The courtship is reported to be an elaborate aerial affair with the pair exchanging short bouts of “squeark” repeated about six times. Then comes copulation during which the male makes fast chattering sounds while the female makes hoarse screeches. Only then will the female lay 4-7 eggs. The eggs are plain, glossless, white and nearly spherical (above). They are laid at intervals of 2-3 days and incubated by the female as soon as the first egg is laid.

The chicks are altricial, that is, they are born blind, naked and totally dependent on the parent birds (above). They are soon covered with down feathers (below, left). Until the chicks are half-grown, the female leaves the nest only briefly. During this period the male is responsible for feeding the female and chicks. Only when the brood is large will both parents hunt to feed the chicks. 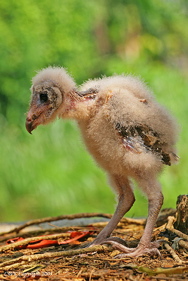 Copulation is reported to continue through the incubation period and well into the nestling phase. This may occur 7-8 times per night during egg-laying and later and whenever the male delivers food.

Nestlings give the defensive rasping hiss from week two but do not bill-snap until fully grown, in week seven.

It takes about 60 days or more for the chick to fledge (above, right) but remain dependent of the parents for food for up to three more weeks. During the day the chicks roost at or near the nest. 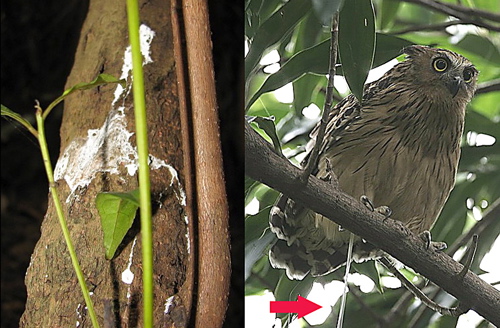 The owl was faithfully perching on the same branch of the same tree almost every... 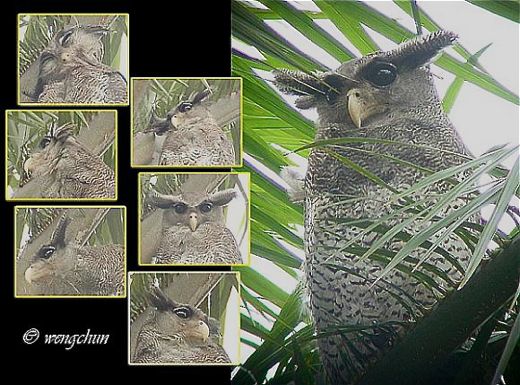 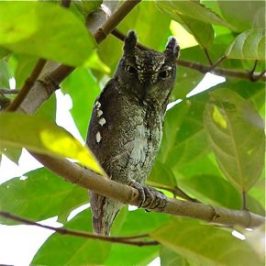 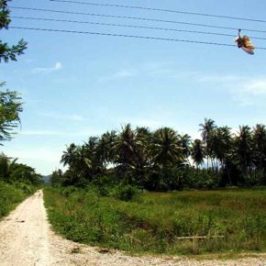