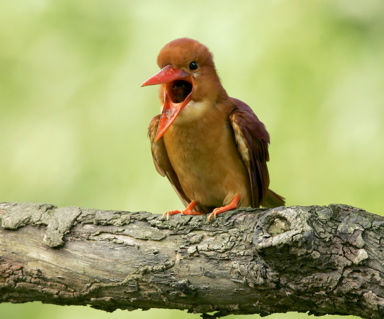 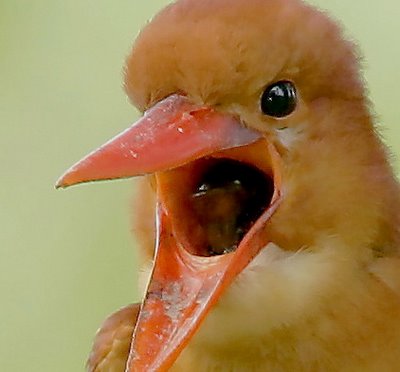 The earlier post on the Ruddy Kingfisher (Halcyon coromanda) coughing out a pellet about an hour after it ate a snail noted that the photographer missed getting an image of the pellet coming out of the bird (above, top). Well, Meng pointed out that I should examine closely the throat of the bird in the first two images. I did as suggested and also adjusted the contrast of the images, and there in the throat is a dark object – the pellet (above, bottom; below). 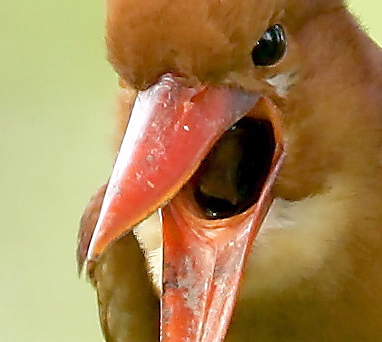 The first two images of the earlier posting showing the initial stages of the coughing thus clearly show the dark pellet about to be ejected. The third image where the bird is crouched low shows a clear throat, indicating that the pellet has already been coughed out (below). 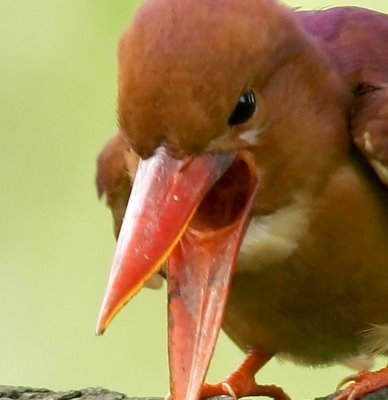 Most kingfisher pellets are white, reflecting on the food they eat – fish. The composition of these pellets are mainly fish bones. These bones are collected in the gizzard and compacted into pellets to be subsequently coughed out. Should these bones be allowed to pass on to the stomach, imagine the damage they could cause to the bird.

In the above case the pellet is black as the bird earlier ate a snail. Obvioulsy it did not completely remove all the shell fragments.

Thanks to Chan Yoke Meng for the use of the images. It is his keen eyes that spotted the pellet in the throat of the bird in his images.