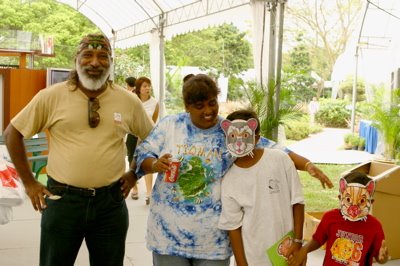 I just took part in the Singapore bird race over the week-end with Martin Daniel and Leong Tzi Ming. Our team STRIX was driven around by Sham who played the role of a non-participating driver. This was my 21st year leading a team in this annual event. Personally, I enjoy doing this once a year as it is fun and challenging… it is like a keen runner looking forward to his annual marathon.

Over the years, the bird race has constantly changed it’s format and rules so we have to adapt accordingly. This year was no different. Registrations and submissions went online; teams could begin and end whereever they liked as you only had to submit your results by today, the 24th October 2006; the timing changed to 6.00am Sat to 6.00am Sun; the end of the race get-together is to be held only a week after, on Sat 28th. There was an insensitive point though as the organiser elected to have the bird race on Deepavali Day… whoever decided this has a lot to answer for.

Despite these changes, the unfortunate Deepavali date and the haze, my team decided to go out and do what we always do… go all out while enjoying the day. Sham was not part of the team this year but played the role of non-participating driver. This allowed her to visit our parents in the morning while we were in the forest. I made it clear that she was only to drive us around and she could not be with us during the birding nor could she point out birds to us.

We chose to do a relatively fast-paced (what was I thinking!) itinerary which would take us on a near complete circuit around Singapore. We made a couple more stops than we usually did and while the day proved tiring, it was also highly successful. We spotted 159 species (and only heard 5 others), which is the highest score that I have ever had on a bird race and, after 15 years of trying, finally broke the existing record of 154 species (which was set in 1991 but also included species on call). Six species on the list required notes, according to the rules, so I wrote out reasonably detailed notes for each of them and have just sent them along with the official forms to the organisers, via e-mail. I see no reason why any of the 6 will be rejected as the notes are quite thorough for a fast paced event like this. Phew!!!

Some of the highlights of the day :-

We started the day in the forest at MacRitchie and Sime and left the area with 59 species seen, including goodies like Grey and Malaysian Eared Nightjar, Inornate and Eastern Crowned Warblers, Dark-sided Flycatcher, Greater Green and Blue-winged Leafbirds, Thick-billed Green-Pigeons, Oriental Pratincole, Eyebrowed Thrush, Forest and Grey Wagtails and Black-headed Bulbul.

We then headed north-east to Serangoon, making a couple of short stops along the way that produced a few more birds including a Common Tern and Chinese Goshawk at Ponggol and Rose-ringed Parakeet and Oriental Honey-Buzzard at Jalan Kayu. Serangoon produced the goods as always with 26 additions within an hour, including Intermediate Egret, White-shouldered Starling, White-browed Crake and Cinnamon Bittern. Our 100th bird, Little Grebe (above), was seen here at 1137 hours.

After picking up the Tanimbar Cockatoo at Changi Village (above), we headed to the reclaimed land at Changi Central. This is always a time consuming site due to the unpaved roads and tracks but holds species difficult or impossible elsewhere. In an hour and a half, we added 15 species including Black-headed and White-headed Munias, Malaysian Plover and both sand-plovers, Sanderling, Rufous-necked Stint, Common Buzzard and quite possibly the spectacle of the day… with a sub-adult and a juvenile Pied Harrier as well as a Crested Goshawk over our heads at the same time! We also had about 63 Oriental Pratincoles!

From the east, we headed south to Marina South to pick up a few common species but a bonus here was a Brown-streaked Flycatcher. Then it was on to Tuas, in the south-west corner, for Red-wattled Lapwing, Savanna Nightjar and Pintail Snipe. From Tuas, we headed up to the north-west. At Neo Tiew, another big surprise awaited us in the form of a juvenile Purple Swamphen (above). We also had Slaty-breasted Rail and another lapwing here. Picking up the missing White-bellied Fish-Eagle at Kranji, we moved to the Sungei Mandai mudflats for low tide. Here, we picked up a few muddy shore waders and a couple more tern species. The highlight here though had to be the Chinese Egret, strolling on the flats alongside many of their Little cousins.

It was now time to head into the centre again and the Bukit Batok Nature Park. Woodpeckers were scarce all day with only 1 species in the bag… so we were pleased to find both Banded and Common Flameback here along with Straw-headed Bulbul, Lineated Barbet and White-crested Laughingthrush. Yet another bonus was seen, in the form of a Grey-faced Buzzard. Our last day spot was the Botanic Gardens where we picked up the only Lesser Whistling-ducks of the day and the Red-legged Crake. We dipped on our namesake again though… the Strix seloputo (Spotted Wood Owl), despite hearing it call from the distance.

We were tied for the record as dusk fell, so off we went to Lower Peirce where a Buffy Fish-Owl was the record breaker. We had dinner and then went on to pick up both common resident swiftlets at their roosts and a pair of Barn Owls. Our final bird was a perched Black-crowned Night-Heron in Pasir Ris, shortly after midnight. We called it a night and ended the race, exhausted but pleased.

The funny thing about having such a high score this year was that conditions were anything but favourable. While it did not rain nor was it too hot… the haze was pretty bad in the morning, though it cleared up by afternoon. The prolonged dry period meant that water-logged fields were dried up, drains and ponds were very shallow or partially dry and the humidity was something else. Yet, the birds showed up well and migrants were quite varied on the day.

I hope that you all do not mind my sharing this with you. I do hope that my e-mail with results and notes is received by the organisers… it should be, and I hope that all the birds are accepted by the arbitrators… they ought to be. We’ll find out this on Saturday. If everything stays the same, I just might be able to take it easy for the next bird race in 2007! 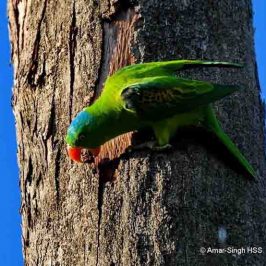 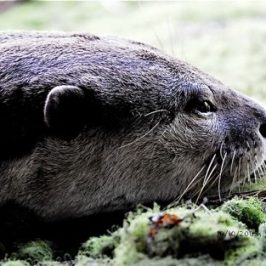 KC Tsang as at the Sungei Buloh Wetland Reserve on 10th October 2008 looking for... 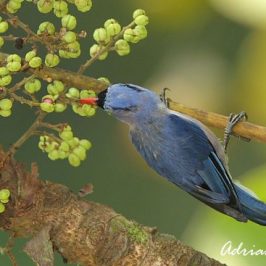