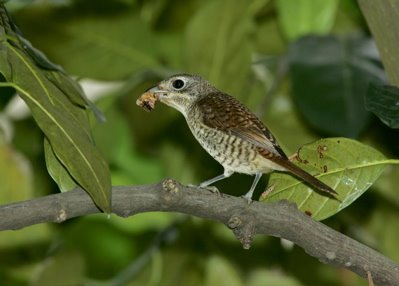 Tiger Shrikes (Lanius tigrinus) are small, harmless-looking songbirds that are far from harmless. In fact they are aggressive predators, behaving like small raptors when hunting. No doubt about it, they are carnivorous and their diet includes large insects, small rodents, reptiles and mammals. They also eat small songbirds. Their upper mandible ends in a strong, hooked bill that they use with great efficiency to kill and dismember prey. 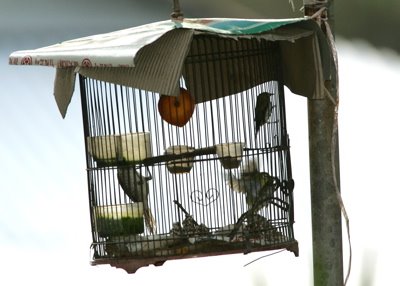 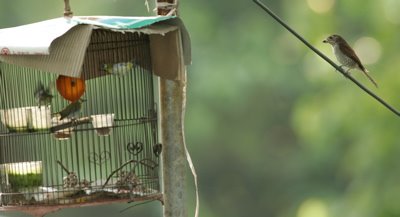 Even after shrike gave up and perched nearby on a nylon rope, the white-eyes were still in a state of frenzy. I suppose the white-eyes could consider themselves lucky to be inside a cage that day.

Melinda Chan sent a link that shows a Long-Tailed Shrike (Lanius schach) killing a Eurasian Tree Sparrow (Passer montanus) and successfully airlifting the carcass to its nest after several tries. This was photographed at Candaba Swamp, Pampanga, Philippines on July 17, 2004. 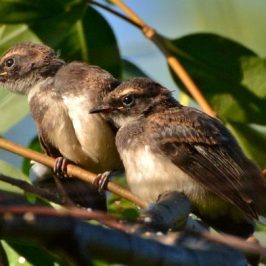