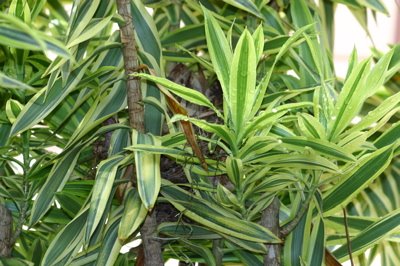 A Yellow-vented Bulbul (Pycnonotus goiavier) built, for the second time, a nest that was lodged between the forking branches of a Dracaena reflexa ‘Song of India’ tree in my garden. It was about 2.5 m from the ground. The bird was seen earlier sitting on the nest on and off for more than a week but nothing came of it. Eventually the nest was abandoned. It was collected on 12th July 2006 and measured, dismantled and the various materials identified. 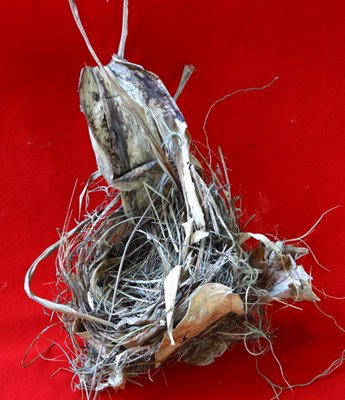 The nest was built above an incomplete earlier nest. The upper nest was easily detached from the partially completed lower nest. The exterior dimension of the whole structure was 13 x 11 cm and 11 cm deep, the upper being 6 cm deep and the lower 5 cm. The completed upper nest had cup depth of 5 cm. 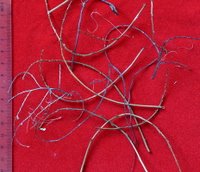 The foundation of the nest rim was constructed with thin and slender stems, probably inflorescence or fruiting branches (left). These were cleverly woven around other unidentified strips of vegetable matters and copious palm fibres meticulously stripped from the leaflets of palm fronds that grew in my garden. The green slender stems of Spanish moss (Tillandsia usneoides) was also used.

The base of the nest was lined with the dried leaves of other narrow but extremely long (to 35 cm) Dracaena spp. as well as dicotyledonous leaves.

Nearly all the nesting materials came from my garden except the slender, unidentified flowering or fruiting branches. These probably came from neighbouring gardens. All the leaves used were dried, pliable and picked up from the ground. Many were in varying stages of rot except the fig leaves that still had traces of green. No leathery leaves were used.

It would be interesting to document the nesting materials used by other Yellow-vented Bulbuls for comparison. 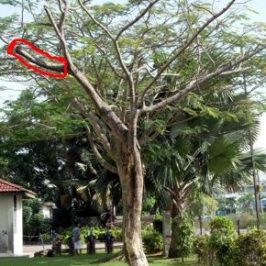 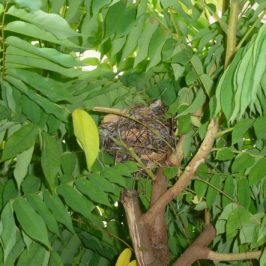 The nest of the Red-whiskered Bulbuls (Pycnonotus jocosus) was examined the day after the adults... 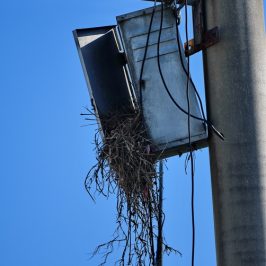