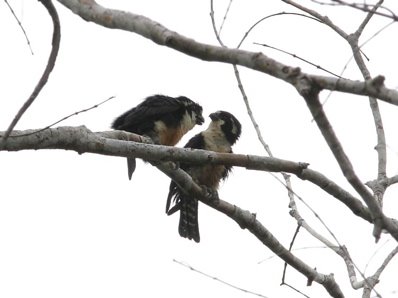 On 9th May 2006 Ong Kiem Sian sent a series of images recorded at Ayer Keroh, Malaysia on the courtship behaviour of the Black-thighed Falconet (Microhierax fringillarius). 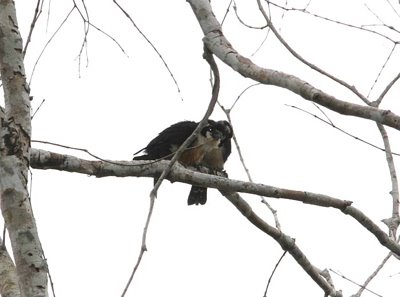 “At first the male and female were rather far apart. Then they came closer, even closer and started pecking each other. And then… happy ending.” 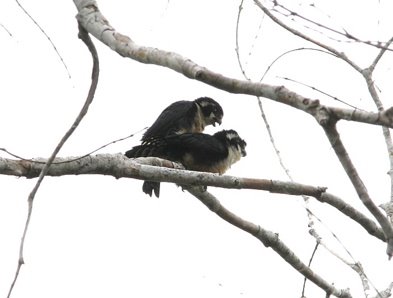 Generally, the courtship of falconids includes bouts of intense allopreening that can last up to an hour. Some of these birds also indulge in spectacular aerial displays, soaring together high up into the air and then suddenly making a downward dive. These displays may include loud calling.

Courtship feeding is also commonly seen. This behaviour is seen as enhancing male fidelity. It allows the female to judge whether the male is a good provider and capable of feeding her and her brood during the nesting period. 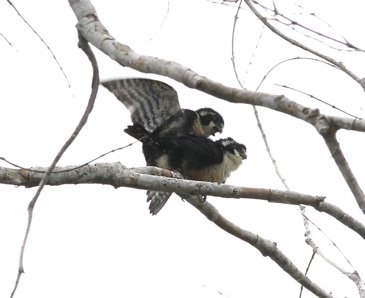 These birds copulate on tree perches, the female bowing low and exhibiting submissive couching and whining prior to copulation.

Thanks, Sian, for the input and images.