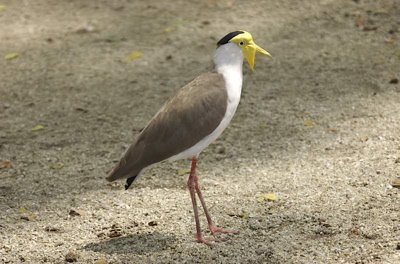 KC Tsang posted an account of his encounter with the Masked Lapwing (Vanellus miles) where there were two adults and a juvenile. These escapees are apparently breeding successfully, as the presence of a juvenile shows.

The question now is, can an escapee that has bred successfully be considered a feral species?

According to our bird specialist R. Subaraj, “Feral species are escapees/introductions that fulfill three basic criteria: 1. the species has been around for at least a decade; 2. presence of a stable, self sustaining population; and 3. at least one breeding record in the “wild” around Singapore.

“While it is noted that the an immature Masked Lapwing was seen with two adults, there is no proof that the actual breeding took place in the ‘wild’ as it is old enough to be free-flying. Breeding by free-ranging species within the grounds of the zoo, night safari or bird park does not count. Besides there is ample food provided at those areas that makes the species less self-sustaining.

“I know that this all sounds terribly confusing but this is the basic international rules for acceptance of a feral species onto a country’s national bird checklist. There are obviously grey areas but we try to fulfill the above three criteria before adding anything introduced onto the checklist. 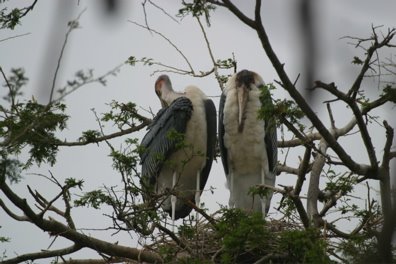 “So as such, the Masked Lapwing will remain a mere escapee until otherwise proven, just like many other free-ranging species from our captive collections – Painted (Mycteria leucocephala) and Milky Storks (M. cinerea), Marabou Stork (Leptoptilus crumeniferus) (above), Brown Pelicans (Pelecanus occidentalis) (below), etc. 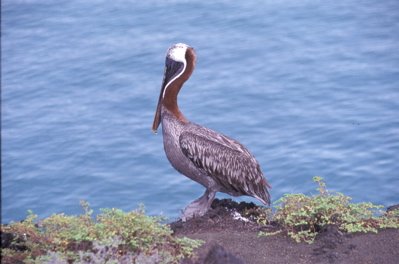 “An interesting case is the Cattle Egret (Bubulcus ibis). In Singapore and most of the Malay Peninsula, this species is a common migrant occurring from September to April. However, over the western half of Singapore, we find Cattle Egrets throughout the year with many birds in breeding plumage even in December. They all fly out of the bird park each morning and return each evening. With thousands now present, the trees at the bird park become packed with egrets each evening and they intend to cull them. There isn’t a single breeding record outside the bird park! This despite the large range of the originally released (despite bird park denying this) population. At the eastern side of Singapore, where I stay, we still see the first migrant arrive in September and the last leave in April, except when a few summer like at the airport this year. With no breeding records outside the bird park and possibly the zoo, this species remains a common migrant (CM) only.

“We need all records, no matter whether it involves escapees or naturally occurring species. Based on data collected over time, we can then gauge the actual status of many birds. For now, we can only follow the accepted rules and go with what we have, without making rash judgement regarding status.”

Thanks to Subaraj for the above and KC Tsang (Masked Lapwing) and YC (Marabou Stork, Brown Pelican) and for images 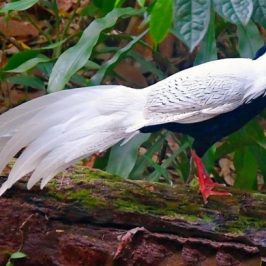 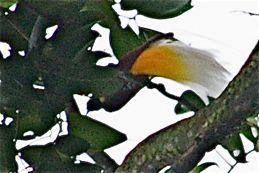