Allan Teo has been observing a group of Little Terns (Sterna albifrons) comprising of adults and juveniles somewhere in the western part of Singapore. He was fascinated by how disciplined the juveniles were when the parent bird brought fish to feed them.

“We observed a mother tern catering to two juveniles of about the same age. When one juvenile was hungry, it ‘ruffled’ its feathers and made a loud cry to the mother. 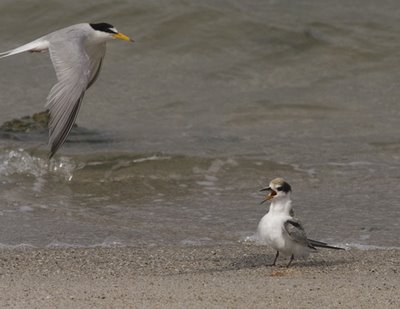 “The mother bird would take off and hunt, while the juvenile waited along the shore stretching its wing or wading in the water.

“When the mother returned with a fish, both juveniles ruffled their feathers and gave loud cries. However, the mother knew exactly which juvenile had asked for the fish and would only hand over the fish to the requesting bird. 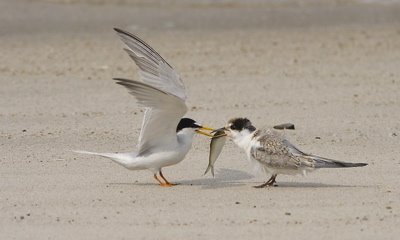 “There was no struggle between the siblings for the fish. The receiving juvenile took its time to swallow the fish, confident that its sibling would not snatch it away. 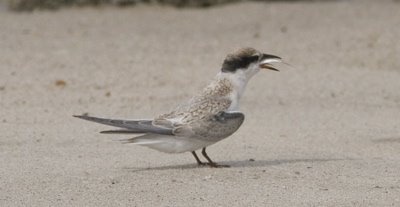 “I was waiting for a fight to occur but none materialised. The siblings remained where they were.

“The mother bird was observed feeding the juveniles one at a time as each /little-terns-courtship-and-after.html”>after. 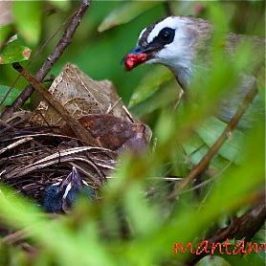