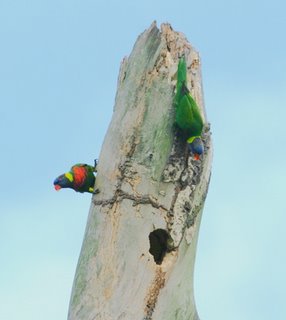 “Thanks Jeremy – that’s an interesting point, about the CITES listing, and I will follow it up for more information. This is an example of how not all invasive or pest birds are necessarily alien species – it is possible for nature to get so out of synch that even indigenous birds become pests, or develop population imbalances etc. It is at this point that human beings have to decide, reluctantly, whether or not to ‘manage’ or even ‘cull’ such pest native species.

“The Rainbow Lorikeet is native in northern/eastern Australia (also in Indonesia and New Guinea) but alien in western Australia. However, in both locations, regardless of its native status, it is capable of being a serious pest to fruit orchards and other agribusiness ventures. So whether or not it is on CITES, I guess it could also become a pest, in purely local contexts anyway. Just goes to show how complex the whole alien species thing is. The problem for Singapore’s Botanic Gardens, if they are still there, could well be destruction of fruit and flower displays etc, and also these parrots will almost certainly be aggressive to native birds. Perhaps the CITES listing refers more to the lorikeet’s status in its native Indonesia/New Guinea? As said, I will check.”

And check, Ilsa did. She wrote to Marion Massam, a pest specialist in the Western Australia Department of Agriculture, about pest birds and suchlike, and told her how she had seen (eastern Australian) Rainbow Lorikeets in the Singapore Botanic Gardens etc.

Marion’s advice is that these birds are difficult to eradicate and recommends shooting them as soon as possible. But the problem, according to Ilsa, is they are pretty, “…so any such shooting probably best done out of sight of the public – but is this possible in so public a place as the Gardens, and in so densely populated a place as Singapore?”

Ilsa further wrote: “Yes, Marion, as an occasional birdwatcher over ‘the other side’ for many years (I lived and worked in Singapore from 1968-1998), I have long been an observer of the autumn (northern hemisphere autumn) migratory routes from Siberia down through SE Asia to Australia, and out to New Zealand – the north-coast Sungei Buloh Wetland Reserve has always been a good observation post for this phenomenon in Singapore.

“But the ‘hitchhiker’ traffic is two-way – at least a pair of Rainbow Lorikeets are established now at the Singapore Botanic Gardens, and I have seen another small flock elsewhere in Singapore too, just for example, not to mention Sulphur-crested Cockatoos on the southern-coast offshore island of Sentosa in Singapore!”

Marion’s reply: “Thanks Ilsa – we actually get hitchhiker birds directly from Asia on a very regular basis, so raising awareness of this in that part of the world can only be a good thing.”

The two earlier postings on this bird are at 1 and 2.

Thanks are due to Ilsa Sharp, Jeremy Lee and Marion Massam for their contributions. Image of Rainbow Lorikeets at the Eng Neo area by YC. 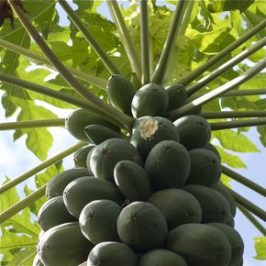 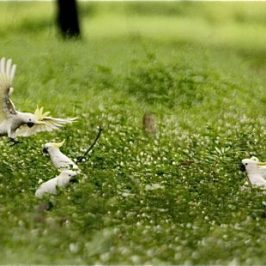 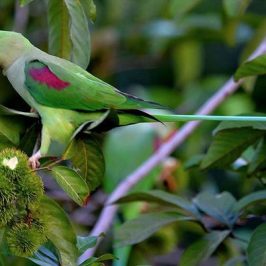 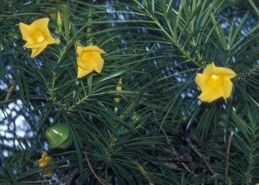 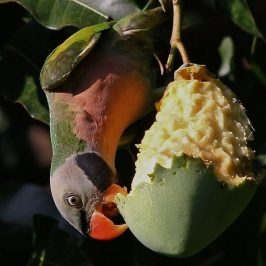