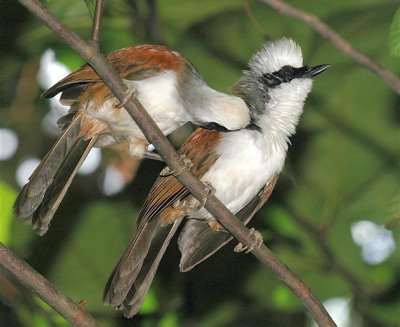 Birds spend a large portion of their time preening. This involves fluffing its feathers and then using its bill to comb them. Preening aligns the barbs and barbules that make up the feather vane and ensures that they are properly interlocked. At the same time the bird applies a waxy oil that comes from the preen gland found at the base of the tail, spreading it all over the feathers. This oil, once thought to waterproof the feathers, is now believed to keep them from drying out and becoming brittle. The oil also deters feather parasites like bacteria, fungi, mites and lice.

Feather care is crucial to the bird. After all, feathers help to insulate it from the cold, waterproof it from the rain and ensure trouble-free flight. 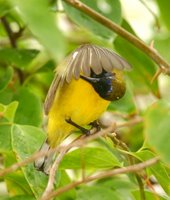 In areas where the bird cannot reach with its bill, like the top of the head and neck, it uses its foot to scratch. Sometimes it may indulge in mutual grooming, also known as allopreening. Besides having the hard-to-reach parts preened, allopreening strengthens bonding between the birds. It is commonly seen between sibling birds. 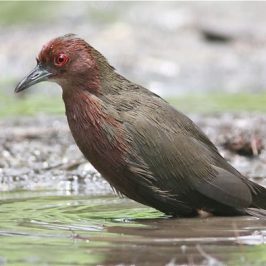 Lim Sheau Torng is sharing with us his images of the uncommon resident Ruddy-breasted Crake... 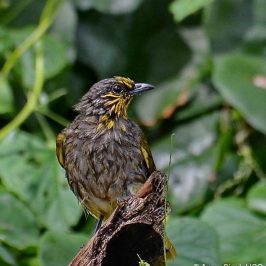