Have you ever seen a White-bellied Fish-eagle (Haliaeetus leucogaster) fishing a rat off the sea?

Wong1979, a member of Club Snap, was at the Changi boardwalk in April when he saw some eagles soaring above the sea. Thinking that these birds must be looking out for fish, he had a surprise of his life when he noticed that the ‘fish’ one of these eagles caught had a tail. Well, fish have tails that are rather flattish and broad, not long thin tails. Typically Singaporean, he muttered, “Fish got tail, meh?” He took another and closer look and realized that the prey was definitely not a fish. A monitor lizard? Or some sea creature? The images he captured no doubt helped him to identify the prey as a rat.

Now how did the rat ended up swimming in the sea off Changi? It seems that the boardwalk harbour rats below. Apparently there must be an abundance of food for these rats when the tide is low. He did a google search and found out that rats can and do swim for up to half a mile out into the sea.

Up in the air the juvenile eagle had difficulties keeping its catch. Another eagle spotted an opportunity for an easy meal and tried to grab it from the juvenile.

Thanks to Kevin Lam who alerted me on the posting in ClubSnap, we have an interesting account here. Kevin’s has also posted his version of the rat-catching eagle.

We had out bird specialist, R. Subaraj to look at the images and he ID it as a possible juvenile White-bellied Fish-Eagles. Subaraj says that these eagles are known to take anything swimming in open water. Besides fish, they are also known to take sea snakes and turtles. A rat swimming should be no exception.

Thanks to Wong1979 for permission to re-post his account and to use his image; to Kevin for alerting us and Subaraj for his ID and comment. White-bellied Fish-eagle is now known as White-bellied Sea Eagle. 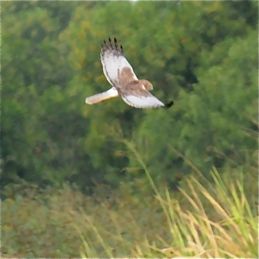