Dollarbirds (Eurystomus orientalis) are rollers. The name comes from the fact that these birds exhibit aerial acrobatic flights during courtship. They love to make swoops, rolls and turns, often flying straight up and suddenly tumbling down with a rolling motion. Such flying acrobat is usually repeated several times.

The courting pair spends much time sitting close together on a branch high up in a tall tree. They may indulge in allopreening, chatting and courtship feeding. In courtship feeding, the male offers an insect to the female before she will allow him to mount her. Otherwise she will roughly rebuff his advances. Some ornithologists believe that such courtship feeding will fortify the female bird with extra food just before egg laying. Whatever the reason, such feeding goes on throughout the breeding cycle and even after the nestlings have fledged.

Meng and Melinda Chan were privy to the courtship behaviour of a pair of Dollarbirds last year at Lim Chu Kang. They managed to capture these excellent images of the final mating stages as shown below. 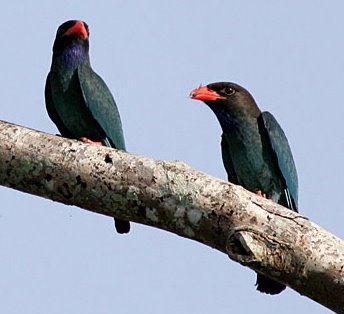 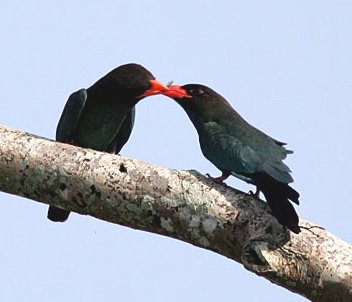 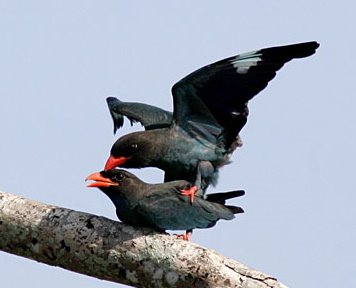 In the next posting we will give you details of another aspect of courtship and mating of these Dollarbirds by another photographer, Allan Teo. 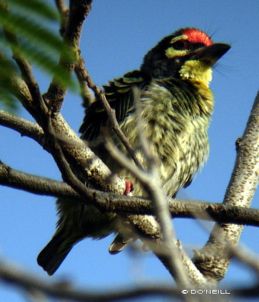