The three eggs in the crows’ nest as seen in Tang’s earlier image, also shown here, show similarity in colour and pattern. However, one of the eggs is of slightly different shape than the other two and smaller. And according to the literature, the Asian Koel’s (Eudynamys scolopacea) egg is smaller than that of the House Crow’s (Corvus splendens). Can the smaller egg then be that of the koel’s? We need to monitor the situation and wait for the hatching. The nestling of the koel can easily be differentiated from that of the crow once feathers develop (see image of koel nestling, bottomj). 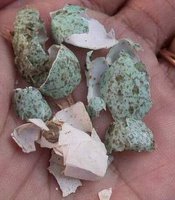 Angie found bluish shells with dark speckles as well as light cream ones at the base of the tree where the crows’ nest was the day after koels attacked the nest (see image on left as well as earlier posting. Is it possible that either the crow or the koel laid eggs of two different colours? After all, as Lin Yang Chen pointed out, there are reports of egg dimorphism among certain species of birds. Unfortunately bird watchers have yet to pay much attention to such details. 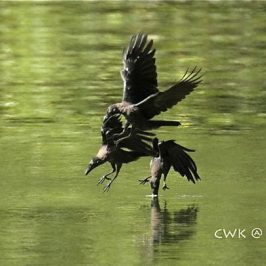 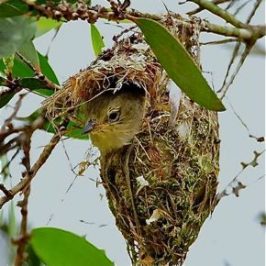 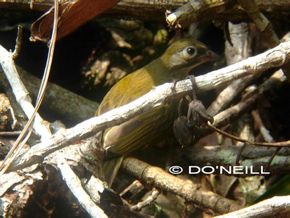