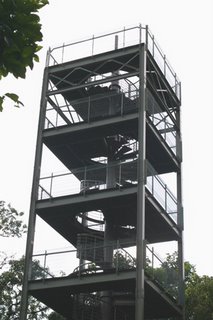 A visit to Jelutong Tower at Sime Forest, MacRitchie, can be an exciting occasion, especially when certain trees are flowering. On the mornings of October 23rd and 24th, I spent about an hour each time there when two large Sea Apple (Syzygium grande) trees were in flower. From the top of the tower, I had an eye-level view of those white blooms and witnessed the many butterflies and birds that visited to partake in the nectar feast.

The birds did not miss out on the nectar feast either. Sunbirds were plentiful, represented by the colourful Brown-throated (Anthreptes malacensis) and Crimson (Aethopyga siparaja) Sunbirds. The Orange-bellied Flowerpecker (Dicaeum trigonostigma) and Scarlet-backed Flowerpecker (D. cruentatum) were often around the blooms.

An Asian Brown Flycatcher (Muscicapa dauurica) was also present, probably after the smaller insects around the flowers. More excitingly, I observed a female Greater Green Leafbird (Chloropsis sonnerati), a rare resident in Singapore, feeding on the nectar along with a male Golden-fronted Leafbird (C. aurifrons), a likely escapee.

The high point of my visit was on the first morning when I saw a Thick-billed Spiderhunter (Arachnothera crassirostris) visiting one of the trees. This was only the second time this species was seen in Singapore. This bird is likely to be a visitor from Malaysia. 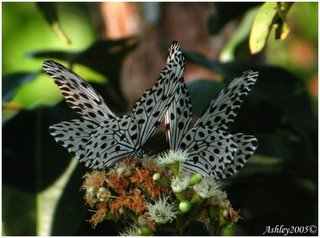 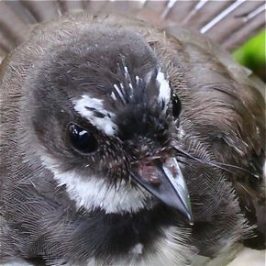 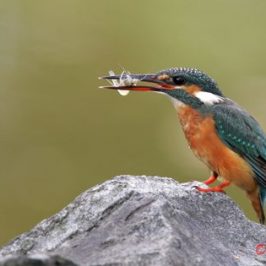