We made a special trip to the south-west coastal town of Pontian in West Malaysia on Sunday 16th October 2005 to witness the winter migration of the waders. We arrived at Giant Supermart sited just behind the reclaimed land at about 9 am. The high tide was already in.

What we saw was a spectacular scene of more than a thousand noisy waders roosting above the high water mark. Most of these birds were Mongolian Plovers (Charadrius mongolus) that had earlier flown thousand of kilometres from their breeding grounds in Siberia. These winter visitors were passage migrants, coming to spend their winter in warmer climes, some of whom may subsequently fly south to Australia.

Normally scattered widely while foraging in the inter-tidal mud at low tide, these birds become gregarious when roosting. And this was obviously their favourite roosting site. The birds had shed their summer feathers and were in their winter plumage of narrow grey-brown patches on either side of the breast. And the summer black eye mask had changed to the white supercilium.

We were actually surprised at the variety of species in this small flock of waders. It was nothing compared to the numbers that can be seen at Kapar Power Station. Before we came here we were not optimistic after hearing some reports but we went away completely happy with the trip. We left at 11am when there was a slight drizzle that developed into a heavy downpour. 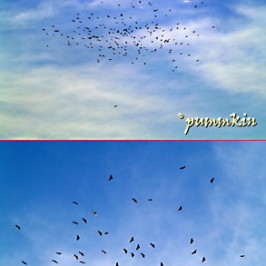 Every October, tens of thousands of Amur Falcons (Falco amurensis) migrate from Siberia to South...

“The Grey Nightjar (Caprimulgus indicus) is an uncommon but annual migrant to Singapore. It breeds...